We Bought ITIL Last Year, But it didn't Work! 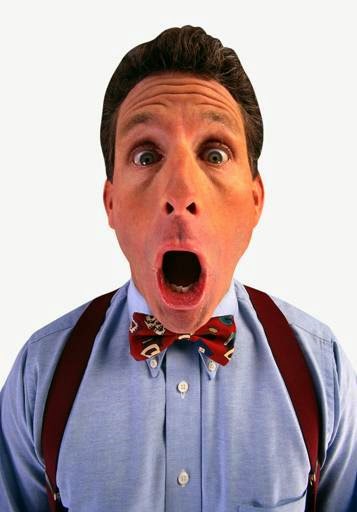 Yes, that is what I was recently told by a CIO, and he was totally serious.

After I had closed my mouth when my jaw involuntarily dropped open, I sought some clarification - what did he mean by 'buying ITIL'?

Turns out that they had paid for a consultant who had advised them that what they needed to do was to put the service desk team through ITIL Foundation training and buy an 'ITIL Compliant' tool. Installing the tool would obviously automatically install ITIL. These are the 'consultants who give ITIL a bad name...check out the IT Skeptic Blog on this subject for some more fine examples.

They went through tool demonstrations from three vendors and then accepted a proposal from a  vendor who promised them that their tool would give them ITIL 'out of the box'. Now I don't think this is a reflection on the tool or its creator at all - and I won't name the tool for that reason - but it does reflect on the haphazard way some tool owners seem to select the companies and people who will resell the products on their behalf. Unrealistic and totally unachievable promises are giving  your tools a very bad name. It is absolutely impossible for any tool to deliver ITIL on a plate! But if that is what they have been promised, the tool will get the blame when it fails to provide the expected results.

When considering an immature organisation with no previous exposure to ITIL or other ITSM frameworks,  I do believe that a well designed ITSM tool will definitely help them on the road to better practice, but no tool is going to give you ITIL! ... Foundation ITIL training will give your team a common language, but it is not going to give you ITIL!

Part of the issue is that this organisation didn't actually need ITIL as such, it needed service management applied with a good dollop of common sense. Trying to throw ITIL-based processes over a poor culture with limited understanding of what good service actually is, was not going to give them the improved reputation that they desperately needed.

Consequently, the new tool which, along with the consultant employed to get them 'ITIL Compliant' ,cost a not inconsiderable sum of money, has been mothballed and they have gone back to using the open-source basic call logging system that has been the basis of their support system for years. Their reputation with the business is totally shot and they will have to pull something amazing out of the bag to fix that relationship.

So my plea to ITSM tool creators....if you have built a great tool - and most of you have, please find great people to sell it for you, don't give that privilege to the 'consultants' who promise whatever they think they need to in order to make the sale, because without the right advice, the right attitude and that all important common sense, the initiative will fail and your tool will get the blame!


Posted by Kirstie Magowan at 2:57 AM